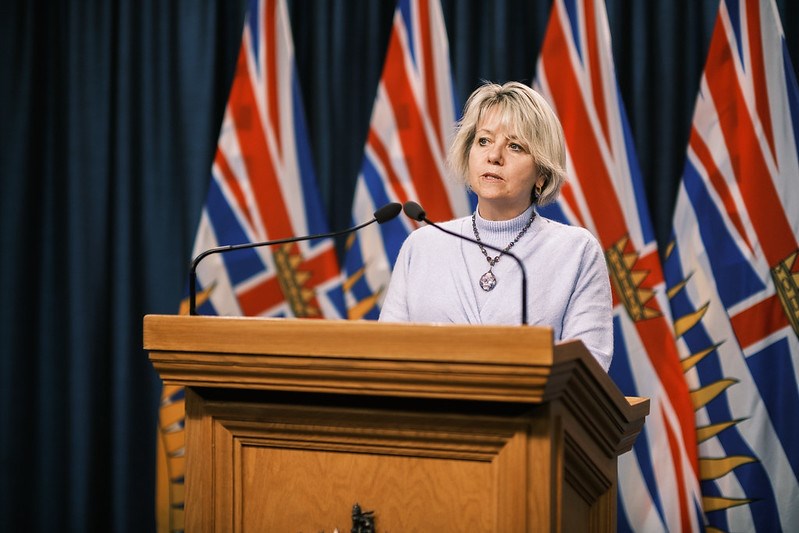 A considerable number of people in B.C. are newly being detected as carrying the COVID-19 virus, while those with serious illnesses related to the virus are soaring.

The most likely explanation for the fall in active variant cases is that more people are recovering from variant infections than are newly getting infected.

Health officials confirmed 1,068 new COVID-19 infections in the past day, which is the second-highest number of infections detected in a day since the pandemic began. A record 1,072 people were found to be carrying the virus on April 3.

The new infections raise the total number of those who have contracted the virus in B.C. to 105,988. More than 90.2%, or 95,691 people who have been infected are deemed by the province to have recovered.

An additional 10 people have been admitted to hospital to battle their infections, raising the total number of people in hospital with COVID-19 in B.C. to 328. That number has not been higher since January 19, when there were 329 COVID-19 patients in B.C. hospitals.

The number of those hospitalized in B.C. who are in intensive care units (ICU) is now 96, which is the same as yesterday, and is a record high.

"If you need healthcare, in B.C., it is there for you," Health Minister Adrian Dix stressed at a press conference.

He said there are 3,416 vacant hospital beds across the province, including new beds added during the pandemic. There are also 360 vacant ICU beds at B.C. hospitals, Dix said.

There were 207 new cases of variants of concern identified in the past day, which is far from the record high of 320 on March 30.

There had been rumours that the outbreak at the Vancouver Canucks was of the P.1 variant but provincial health officer Bonnie Henry said that she was not aware that this was the case.

Health officials are closely monitoring a record 14,117 people for symptoms as a result of those individuals having had known contact with identified cases.

While a new booking system for vaccinations went live today, the province's vaccination effort has yet to ramp up. Officials provided 18,466 doses of vaccine to 18,464 people in the past day, with two doses going to people as needed second doses. In total, health officials in B.C. have provided 912,056 doses of vaccine to 824,582 people, with 87,474 people getting needed second doses.

There remain three outbreaks active at B.C. seniors' homes. They are:
• Fleetwood Place in Surrey;
• Longlake Chateau in Nanaimo; and
• Cottonwoods Care Centre in Kelowna.