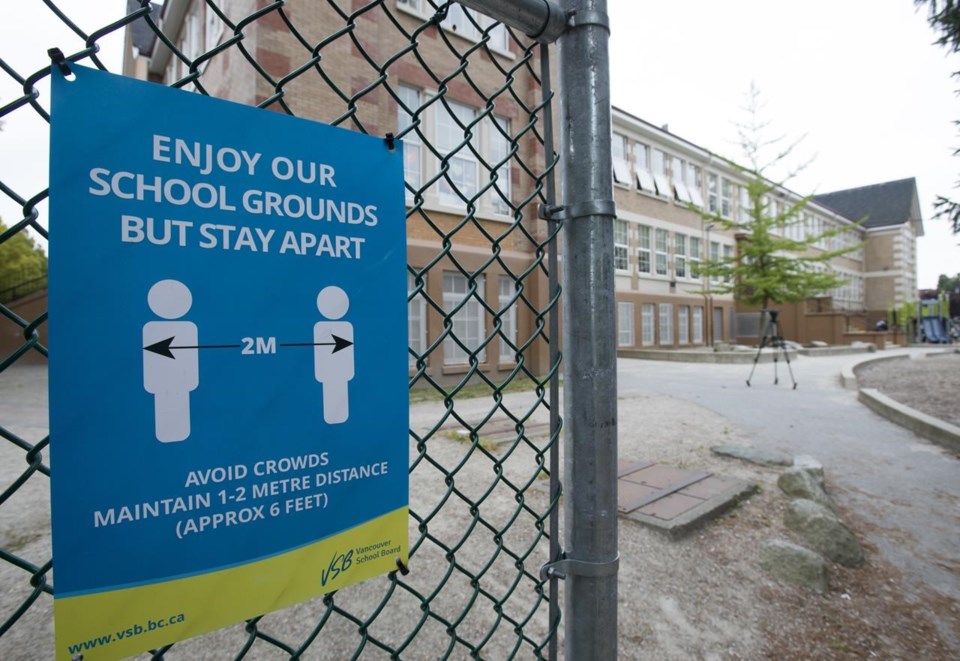 VANCOUVER — Uniformed police officers will no longer be assigned to Vancouver public schools after trustees voted to end its school liaison officer program.

The program had been under review for almost a year due to concerns that uniformed officers make some students anxious or upset, including many identifying as Black, Indigenous or people of colour.

Trustees voted eight to one Monday in favour of a motion to halt the program at the end of June.

The decision is supported by several groups, including the Vancouver District Parent Advisory Council and associations representing elementary and secondary school teachers in the city.

The school board said it will now work with Vancouver police and RCMP to create what the motion defines as a "new relationship" developing "trauma-informed approaches to working with children and youth."

The Vancouver Police Department is disappointed about the "political decision" made by trustees, Deputy Chief Const. Fiona Wilson said in a statement Tuesday.

The department had in recent months "strongly declared its desire to make changes to the (student liaison officer) program, in collaboration with all stakeholders, to address the concerns that have been raised," she said.

The end of the program "leaves a big gap in relationship building" and decreases safety for youth and staff in schools, Wilson said.

Media relations officer Sgt. Steve Addison said in a separate statement that police were open to an "evolving" relationship that could include roles for plainclothes officers in city schools.

The lone dissenting vote came from trustee Jennifer Reddy, who said in an email she didn't support the motion because it wasn't clear enough that police will be removed from schools, rather it outlined what the next steps are for working with them.

"Instead of focusing on students and listening to parent and teacher groups who all supported a clear end to the program," she said, the decision prioritized the relationship between the school board and police.

Reddy said the review process for the program and the resulting motion, with its conditions and amendments, demonstrates how often Indigenous and Black voices are ignored and sidelined in decision-making.

The New Westminster school board is also set to vote Tuesday on a recommendation that it discontinue the child and youth liaison officer program and "redesign" the relationship with the local police department.

This report by The Canadian Press was first published April 27, 2021.

BC Lions hoping for more fans in stands by scheduling home dates late
Jun 15, 2021 10:19 AM
Comments