VANCOUVER — The City of Vancouver says it has reached a settlement with the owners of the Balmoral and Regent hotels to expropriate the derelict properties on the Downtown Eastside.
Dec 4, 2020 5:47 PM By: Canadian Press 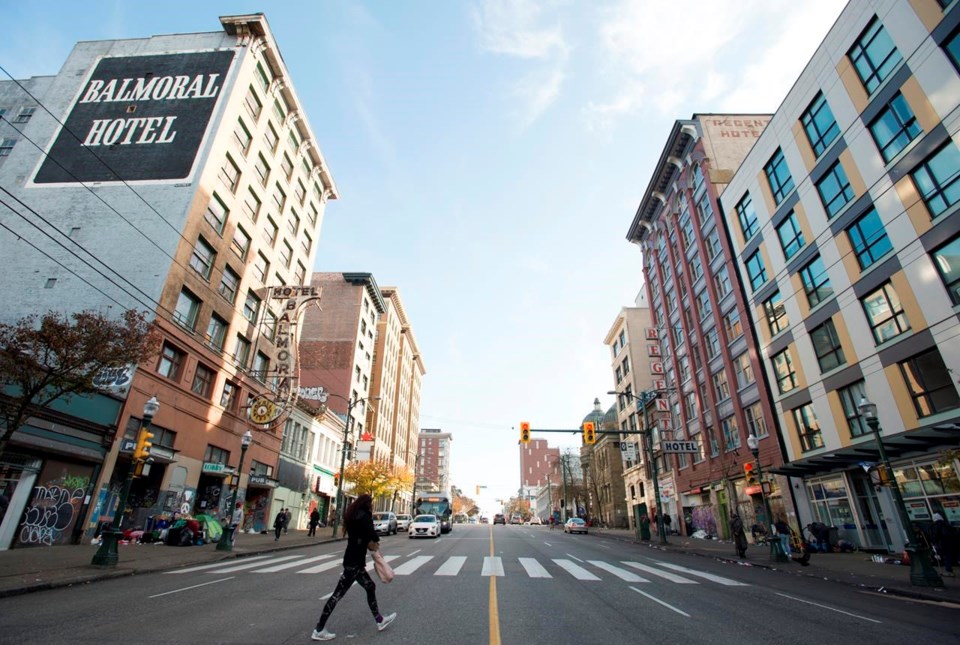 VANCOUVER — The City of Vancouver says it has reached a settlement with the owners of the Balmoral and Regent hotels to expropriate the derelict properties on the Downtown Eastside.

The hotels, which had been operated as single-room occupancy buildings, were home to more than 300 of the city's most vulnerable people before they were ordered shut over safety concerns in 2017 and 2019.

The city says in a news release Friday that the settlement ensures it can move forward with BC Housing to turn the buildings into safe and secure low-income housing.

It approved the expropriation of the buildings for $1 in late 2019 but faced a legal challenge from the owners.

The news release says the city decided to settle to lessen the financial risk posed by the upcoming judicial review and potential claims for greater compensation and to enable planning to begin on the future of the properties.

"Bringing the Regent and Balmoral into public ownership marks a hopeful new beginning for residents of the Downtown Eastside and something all residents should be proud of," Mayor Kennedy Stewart says in the release.

"Downtown Eastside residents will be at the centre of creating a new vision for these two sites, and indeed the entire community."

The settlement marks the end of many years of enforcement and legal action against the owners, who oversaw decades of underinvestment and unaddressed safety issues, the city says.

Parkash Kaur Sahota, 90, and Pal Singh Sahota, 81, are identified as the owners in the petition for judicial review. They could not be reached for comment.

Staff plan to report back to council, which approved the settlement, on the next steps and timeline for the revitalization of the properties early next year.

Given the significance of the two properties to the Downtown Eastside community, the city says community engagement regarding their future is a priority and will also begin next year.

This report by The Canadian Press was first published Dec. 4, 2020.