'It wasn't the buildings that did that; it was the people,' survivor says of abuse.

“I’m trying to get some more closure,” the 79-year-old Tahltan First Nation member said of her desire to witness the destruction of the building near the B.C.-Yukon border.

However, that demolition had to be postponed due to a rise in Yukon COVID-19 cases, giving at least a short reprieve to a structure that has long been used as a band office, and which remains a place of nightmares for some Elders forced to use it.

“It’s horrible,” Loverin said. “It’s like putting people back into a concentration camp to lick their wounds.”

While some survivors of the Indian residential schools in B.C. want the buildings gone, the brick and mortar reminder of horrors of sexual, physical and emotional abuse removed, others say leave them be, use them for something positive.

“It wasn’t the buildings that did that; it was the people,” said Akisq’nuk First Nation member Alfred Joseph, who attended St. Eugene Mission Residential School near Cranbrook. “There’s people that are stuck on wanting to destroy the buildings and that’s because of the memories."

Of about 150,000 Aboriginal children seized from their families and shipped by boat, rail or cattle truck to religiously run schools, an estimated 3,200 died in the schools, which ran in cooperation between churches and the federal government for a century.

“These stories need to be told so that all people here and around the world can understand that genocide has been committed here in Canada,” said BC Assembly of First Nations Regional Chief Terry Teegee.

However, telling the stories doesn’t necessarily mean keeping the buildings that remain, reminders to many of the pain and suffering they experienced behind school walls.

Some buildings are gone, replaced with facilities such as North Vancouver’s St. Thomas Aquinas High School on the grounds of St. Paul’s Indian Residential School, which operated from 1899 until 1959.

North Vancouver School District’s principal and administrator of Indigenous education Brad Baker is a member of the Squamish Nation.

“It really wasn't a school,” said Baker, speaking of St. Paul’s. “They called it a school, but it wasn't a school. Residential schools were created to kill the Indian in the child and basically eliminate Indigenous peoples.”

Others, such as the Lower Post, remained. The building was repurposed as a band council office but some Elders refused to go into certain rooms for meetings because of things they had experienced in them.

Now, with the building coming down, a community centre will be put in its place.

“The Lower Post residential school building has been a dark cloud over our people for far too long and stood in the centre of our community as a reminder of a painful past,” said Daylu Dena council deputy chief Harlan Schilling. “It was the only building in our community that we could use for our government. It held our offices, our post office, and it was a place that people would have to enter every day. Many could not enter it because of painful memories. The one torch that has been passed on from leader to leader was to get rid of that building and get our people a new one.”

Other buildings have been taken over by local First Nations and put to work.

“Since it was within the St. Eugene Mission School that the culture of the Kootenay Indian was taken away, it should be within that building that it is returned,” said Elder Mary Paul as the development got underway.

However, not far from a golf course fairway sits a graveyard dotted with weathered wooden crosses, a reminder of the site’s grim past.

Joseph said he witnessed no deaths but is sure they happened. He said the mission normalized violence for him. He called the nuns scary. He said his first shock was his cousins telling him to get away from him when he was talking to them in his own language. He learned English as his brother taught him the alphabet. 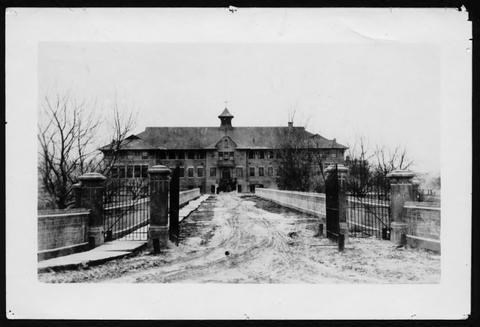 Alfred Joseph attended St. Eugene Indian Residential School near Cranbrook, now a First Nation-owned resort. He says it’s important to remember that people did the harms to children, not the buildings. By National Centre for Truth and Reconciliation

And each night, he cried himself to sleep.

Turning a negative period of history into a positive one has also been part of work around the Methodist church’s Coqualeetza residential school building near Chilliwack. The site is now home to Coqualeetza Cultural Education Centre, operated by the Stó:lō First Nation for promoting, preserving and interpreting Stó:lō lifestyle, language, traditions and heritage.

However, the Stó:lō didn't wait for the school to burn or for it to be handed to them. They took it, occupying the school in 1976 and standing firm in the face of RCMP and the military.

“Our staff are now conducting research on documented cemeteries and registries of students who died at these schools, as well as assessing the feasibility of using ground-penetrating radar to potentially locate unmarked grave sites,” the SNCC statement said. “All our work is and will continue to be guided by cultural protocol and oversight.”

Ground-penetrating radar as well as other technologies including drone lidar (light detection and ranging) are going to be used by the Williams Lake First Nation (WLFN) as it surveys land looking for graves from the Catholic-run St. Joseph’s school.

WLFN manager of title and rights Whitney Spearing said while the school is gone, other buildings still stand on the now-private property.

Some would like to see them burned down or returned to Indigenous ownership, Spearing said. “There is definitely a sense of urgency,” she said.

But, Spearing added, it’s essential not to disturb the property until investigations take place to protect the integrity of that work.

Other communities have turned sites from places of harm, buildings gone, into places of healing, such as in the case of St. Mary's Hospital built on the grounds of Sechelt Residential School, which operated 1904-1975.

Still others have burned, been demolished and the land become home to other uses. That’s the case of Kuper Island, now Penelakut Island, where a school operated 1890-1975.

The tribe has been using ground-penetrating radar technology since 2014. Work was suspended due to COVID travel restrictions but is due to restart soon in the area around where the school once stood. 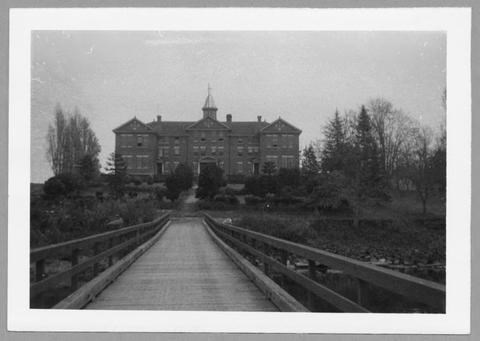 Penelakut Tribe economic development manager Josh James says ground-penetrating radar searches for graves are due to continue at the site of the Kuper Island Indian Residential School this summer. By National Centre for Truth and Reconciliation

The Kamloops finding has left many horrified, with calls for all grounds where schools operated to be examined and for the Roman Catholic Church to acknowledge its role in the schools.

The idea was to have the children meet the ideal of a “Native, Roman Catholic peasant,” said Melanie Clark’s 1993 UBC masters thesis on Mission, B.C.’s school.

But it wasn’t just the Catholic church. The Canadian government operated some schools in partnership with the Anglican, Methodist and Presbyterian churches, among others. Some 150,000 Indian, Inuit and Métis children aged four to 16 were forced into the institutions aimed at assimilating them while suppressing their language and culture.

While Vancouver Catholic Archbishop Michael Miller has apologized repeatedly for the behaviour of nuns and priests, some don’t think that’s enough anymore. Many want Pope Francis and the Vatican to address the issue.

Miller has made several pledges including full transparency of residential schools’ archives and records and support for those whose children may be in the graves. He said the archdiocese would assist with technological and professional support to help the Tk’emlúps te Secwépemc in Kamloops and other affected nations in whatever way they choose to honour, retrieve and remember their deceased children.

When it comes to Canadians’ anger, bewilderment and calls for change due to the Kamloops finding, Yellowhorn said, “Canada is a work in progress. This is part of that.”

Please note: an earlier version of this story had said 15,000 Indigenous children had been taken from their families and put into residential schools. The correct number is 150,000.

For immediate assistance to those who may need it, the National Indian Residential School Crisis Line is available 24 hours a day at 1-866-925-4419.

With files from Elisia Seeber

Indian residential schools were designed with cemeteries
Jun 21, 2021 6:00 AM