REPORT: J.T. Miller and Jordie Benn are quarantined according to NHL's COVID-19 protocol

The Canucks will start the season without last season's leading scorer.
Jan 12, 2021 6:03 PM By: Daniel Wagner 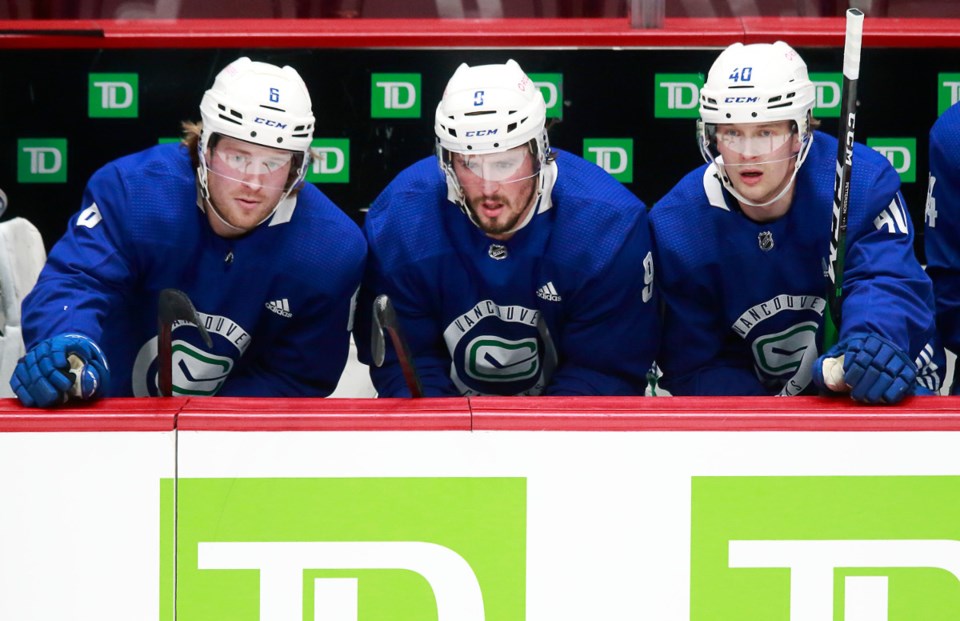 The start of the Canucks' 2020-21 season just got a little bit tougher.

The Canucks took off for Edmonton on Tuesday, ready to play their season opener on Wednesday night. A couple of players expected to be on the roster, however, were not on the plane, including last season's leading scorer, J.T. Miller.

Miller missed practice on Tuesday, as did defenceman Jordie Benn, but the Canucks kept mum on the reason for their absence. According to a report from TSN 1040's Matt Sekeres, both are out of the lineup while they quarantine due to COVID-19.

Unlike in the Stanley Cup Playoffs, this is not a best-of-seven situation. According to the NHL's COVID-19 protocol, personnel that receive an initial positive result must have three days of negative tests to confirm the initial test as a "false positive." Since one of the subsequent tests had a positive result, the player would be considered a "confirmed positive" and required to isolate.

This would appear to be the source of the "false positive" that led to the cancellation of Sunday's Canucks practice. If the second follow-up test was positive as reported by Zussman, then that is no longer considered a "false positive" and the Canucks' "abundance of caution" in cancelling practice was a prudent decision.

Given that Benn was absent from practice on Monday following Sunday's cancelled practice, it stands to reason that he was the "false positive." Since Miller was staying at Benn's residence, he would be considered a "high-risk close contact." Even if Miller tested negative for COVID-19, he would still be required to quarantine anywhere from 7 to 14 days.

Miller was absent from Tuesday's practice, but arguably should have been held out of Monday's practice as well as a high-risk close contact, even if the initial positive test was considered to be a "false positive."

In Miller's absence, Jake Virtanen skated on the top line with Elias Pettersson and Brock Boeser, though head coach Travis Green would not commit to this combination for Wednesday's game against the Oilers.

The Canucks have yet to confirm any of this information. Starting Wednesday, NHL teams will be required to name players who have tested positive for COVID-19, but had no such requirement during training camp.