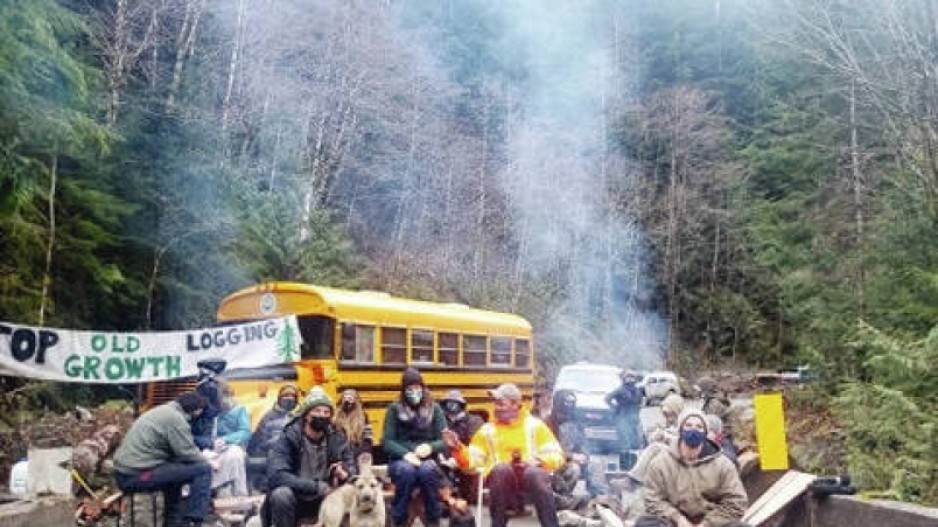 “I am not satisfied that geographically extensive exclusion zones, and associated access checkpoints, have been justified as reasonably necessary in order to give the police the space they need,” Justice Douglas Thompson said in Nanaimo in agreeing with an application from a coalition of media organizations.

Since August 2020, members of the Rainforest Flying Squad and other environmental activists have been moving blockades in attempts to prevent logging and road building in old-growth rainforests.

“In Wet’suwet’en last year, multiple journalists were unlawfully detained by the RCMP and the force was condemned by most major international press freedom groups, and yet they employed the very same tactics this year at Fairy Creek.

The media coalition asked the court to add a clause to the injunction order granted to, instructing the RCMP not to interfere with media access absent a bona fide operational reason for doing so,” the judge said.

“I exercise my discretion to make the order sought by the media consortium, on the basis that in making operational decisions and exercising its discretion surrounding the removal and arrest of persons violating the order, the RCMP will be reminded by the presence of this additional language to keep in mind the media’s special role in a free and democratic society.”

RCMP spokesperson Janelle Shoihet said since enforcement began in May, the media have had and continue to have access to the area.

“The offer to escort the media during enforcement remains in place,” Shoihet said. “When active enforcement is not underway, they can still continue to access the area.”

“The RCMP have now been told by two different courts, as well as their own oversight body, that their treatment of journalists is unacceptable in a free and democratic society,” Jolly said. “It is our hope that this latest defeat will prompt the RCMP to re-examine their approach with regards to allowing journalists to do their jobs.”

The U.S. Committee to Protect Journalists, the Society of Environmental Journalists and the Coalition for Women in Journalism supported the media application.

“Our coalition’s efforts expressly shows that journalists in Canada will not concede to having their free expression rights trampled upon by law enforcement,” Jolly said. “This decision is the sounding of an ominous warning bell to all law enforcement bodies across the country.

“We hope the days of impeding, curtailing or interfering with journalists are, now, in the rearview mirror.”

BC Freedom of Information and Privacy Association president Mike Larsen said access to information is vital to a democracy. He said public interest in transparency is heightened when dealing with contentious, conflict-laden and emerging issues, like the actions at Fairy Creek.

“If journalists are fettered in their ability to report on these events – for example, through the use of arbitrary and discretionary exclusion zones by police, threats of arrest and detention or efforts to steer media towards or away from certain scenes – the public’s right to know is undermined,” Larsen said.

And, he added, “the court’s decision recognizes that the police do not get to unilaterally decide the nature and limits of journalism. The freedom of the press is protected by the Charter.”

Larsen said the RCMP and other police forces now “need to update their policies and practices and inform their members” in response to Thompson’s decision.

Jolly said the journalists association would be meeting to discuss how to approach cooperation on the issue with the RCMP.

“The RCMP is reviewing the Judge’s oral decision in order to determine the next steps moving forward,” Shoihet said. “Once a decision has been made by the operational commanders it will be made available publicly.   We also anticipate that further clarity to the Judge’s expectations will be know once his written decision is released.  When that happens we will also take that opportunity to review and determine if any other steps are necessary. “