Bishop Joseph Nguyen pledges his 'personal support, prayers and accompaniment' to the First Nations community in Kamloops.
May 28, 2021 12:55 PM By: Tim Petruk / Castanet 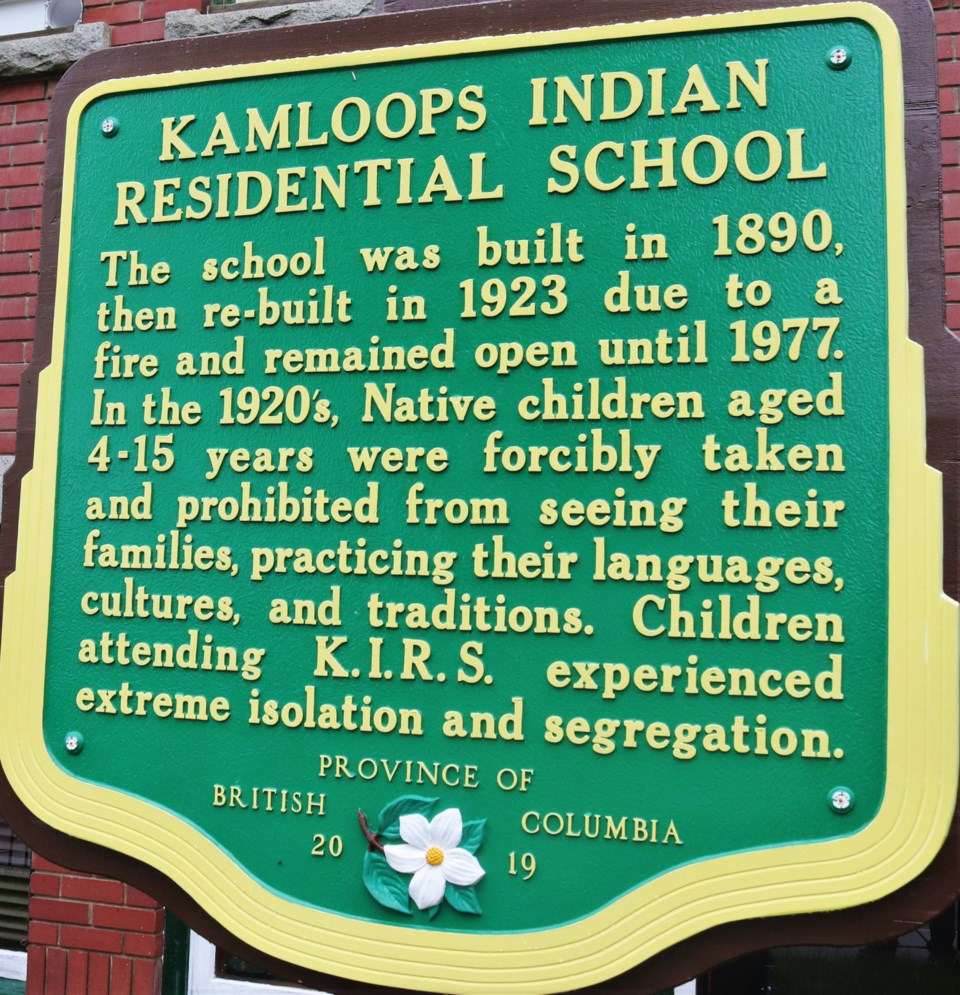 The sign discusses the dark history of the Kamloops Indian Residential School. (via Brendan Kergin)

The head of the Roman Catholic Diocese of Kamloops says he was “heartbroken and horrified” after learning the remains of 215 children had been located on the grounds of the former Kamloops Indian Residential School.

“On behalf of the Roman Catholic Diocese of Kamloops, I express my deepest sympathy to Chief Rosanne Casimir of the Tk’emlups te Secwepemc nation and to all who are mourning this tragedy and an unspeakable loss,” Nguyen said.

“No words of sorrow could adequately describe this horrific discovery.”

Nguyen said he is pledging his “personal support, prayers and accompaniment” to the First Nations community in Kamloops.

The Kamloops Indian Residential School was in operation between 1890 and 1978, operated for most of that time by the Catholic Church.

Sympathies have poured in from many high-profile mourners following the announcement Thursday of the discovery, including Mayor Ken Christian, Premier John Horgan and Prime Minister Justin Trudeau.

Castanet Kamloops has asked the diocese for an interview with the bishop.

What's the difference between First Nations and Aboriginal? This guide helps people use language about Indigenous peoples
May 20, 2021 3:14 PM
Comments