Ottawa believes Pfizer will ultimately deliver committed doses by end of March
Jan 15, 2021 9:53 AM By: Tyler Orton / Business in Vancouver 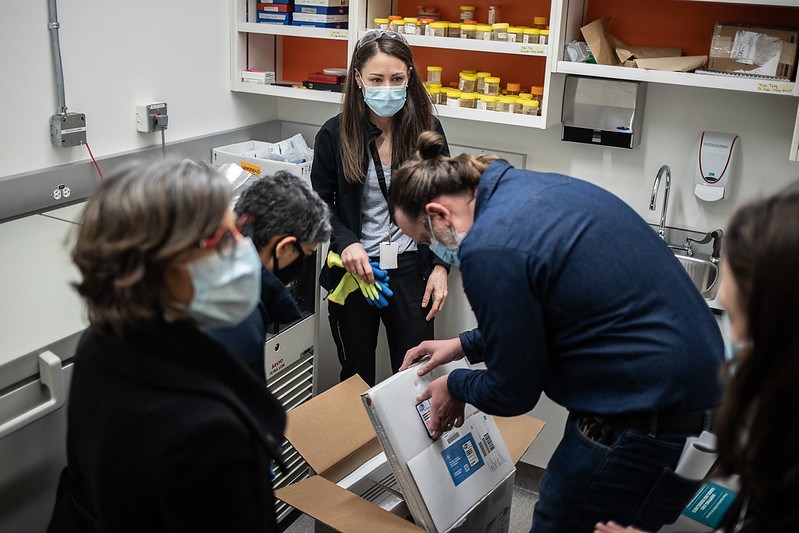 Canada will have to bear with temporary supply constraints of the Pfizer Inc. and BioNTech SE vaccine for COVID-19 as manufacturers ramp up production capacity for European buyers.

This expansion work means that Pfizer is temporarily reducing deliveries to all countries, receiving vaccine manufactured at its European facility and that includes Canada,” Minister of Public Services and Procurement Anita Anand said during a Friday (January 15) media briefing.

She said she was informed of the reduction in deliveries the previous night following a conversation with representatives from Pfizer Canada.

“This is a temporary delay,” Anand said.

“Pfizer believes that by the end of March, we will be able to catch up such that we will be on track for the total committed doses for Q1.”

B.C. ran into its own supply issues of the Pfizer-BioNTech vaccine earlier this week, completely running out of all its allocated doses.

This meant it had to lean heavily on the less-available vaccine from Moderna Inc., leading to just over 1,100 vaccinations in a single day.

Once the Pfizer vaccine was replenished Wednesday, the province was able to scale up vaccinations to more than 6,300 within a 24-hour period.

“This is part of the reason why Canada reached out to so many different vaccine manufacturers and secured a broad array of suppliers for vaccines,” Prime Minister Justin Trudeau said in a separate media briefing on Friday.

Despite the temporary reduction in deliveries, Ottawa still estimates six million doses of the Pfizer vaccine will arrive by the end of March.

“Such delays and issues are to be expected when global supply chains are stretched well beyond their limits. It was with precisely these types of issues in mind that Canada pursued the aggressive procurement strategy that we did,” Anand said, reiterating Canada has placed more orders per capita for vaccine doses than any other country.

Earlier this week the federal government confirmed it had secured an additional order of 20 million doses of the Pfizer vaccine, however, those deliveries are not expected to begin arriving until between April and June.

That’s in addition to 20 million doses ordered prior to this week’s announcement.

Ottawa had also previously secured an order of 40 million doses from Moderna.