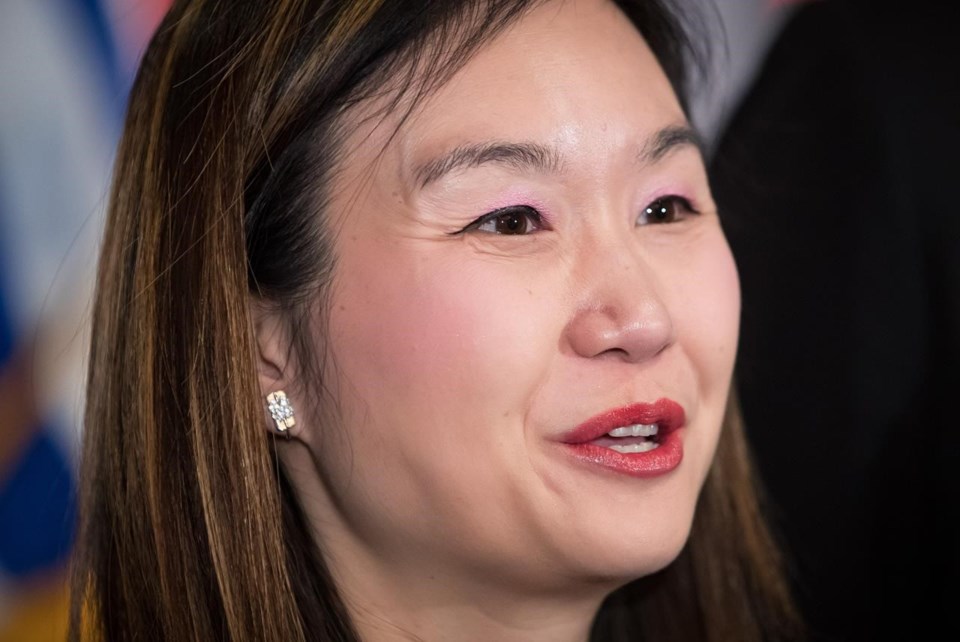 VICTORIA — Students at the University of British Columbia's Okanagan campus will soon be able to receive an Indigenous language fluency degree.

Anne Kang, B.C.'s minister of advanced education and skills training, says the new bachelor's degree of Nsyilxcn language fluency will boost the number of speakers at a time when Indigenous languages in B.C. are endangered.

She says the degree is the first of its kind in the province and will be offered by UBC Okanagan in partnership with the Nicola Valley Institute of Technology in Merritt and the En'owkin Centre in Penticton.

Kang says Indigenous communities expressed the need for a language degree that creates fluent graduates who will continue to work in education, culture, tourism, resource management and social services.

She says there are five similar post-secondary Indigenous language programs in the planning stages, including for the Lake Babine Nation, Lillooet Tribal Council and Nicola Bands.

Nsyilxcn is an endangered language spoken among the peoples of the Okanagan Nation, which includes bands in the Lower Similkameen, Okanagan, Osoyoos, Penticton and West Bank.

The advanced education ministry said in a news release Monday there are 34 First Nations languages in B.C. with at least 93 different dialects of those languages.

"This pathway, starting at En'owkin Centre ... could set the bar as a best-practice standard for developing Indigenous language fluency in the province, if not Canada," Kang said in a statement.

This report by The Canadian Press was first published March 29, 2021.

'Pertinent' data delays new recommendations for AstraZeneca use in Canada
Apr 21, 2021 9:42 AM