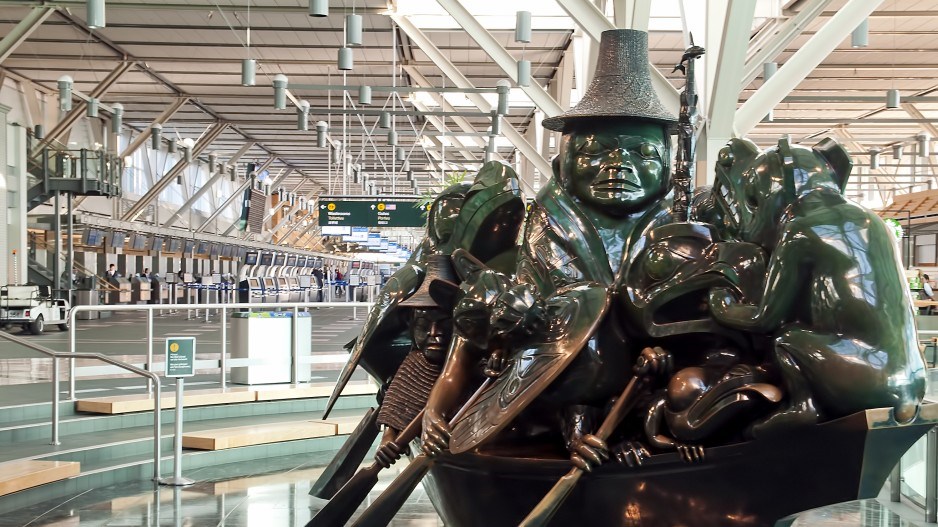 The B.C. government will be turning to laid-off workers in the tourism sector to help with logistics at vaccination centres across the province.

Premier John Horgan announced Wednesday 1,400 workers from a dozen companies including Air Canada and WestJet Airlines Ltd. will be participating in this partnership.

The workers will be involved only in non-clinical work.

Horgan said the program will last as long as the province needs help and support at immunization centres.

Other partners in the program include sports teams Vancouver Canucks, the Vancouver Giants and the Fraser Valley Bandits, as well as the Vancouver Airport Authority, the Pacific National Exhibition, Tourism Whistler and the Canadian Red Cross, among others.

Penny Ballem, executive lead for B.C.’s immunization plan, said workers are needed for their expertise in “managing the flow of large numbers of people through complex venues.”

All recalled workers will be put on the airport authority’s payroll. The authority will then be reimbursed for their wages by the province.

“Many of the companies are picking up the salaries themselves. We’re trying to supplement that,” Horgan said.

Vrooman said about 100 workers will be part of the program at launch and she expected more to be added as it progresses.

Meanwhile, the premier said during Wednesday’s media briefing cabinet is also considering amending the Employment Standards Act to ensure B.C. workers receive pay when they go to get their vaccine shots.

Horgan also said he’s confident the federal government will be advocating on behalf of the cruise industry amid efforts from Alaska Sen. Lisa Murkowski to pass a bill allowing cruise ships bound for her state to bypass B.C.

Ottawa has imposed restrictions on cruise ships from docking on B.C. shores amid health concerns brought on by the pandemic.

“I’m confident that this blip along the way is a result of frustration, quite frankly, by Alaska that we’re not having ships stopping in Canadian ports for very good reasons and I think overwhelmingly British Columbians support that position,” Horgan said.

—With files from Glen Korstrom

Teachers, police will be among first 300k British Columbians to get vaccines outside age group
Mar 18, 2021 1:23 PM
Comments