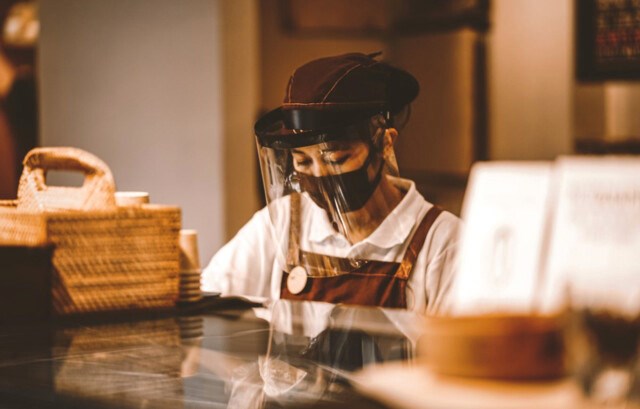 The ban on indoor dining in British Columba has been extended to at least sometime in May.Unsplash / Dapiki Moto

After starting a new job on Commercial Drive, where she says she experienced a sense of community and support from locals, she has now been laid off for the second time since the beginning of the pandemic.

As COVID-19 cases stay high, restaurants in British Columbia are closed to indoor dining. Originally set to end April 20, the health order affecting the food industry will likely stay in place until sometime in May.

Hodel got let go during the initial coronavirus shutdown last spring when she was working as a server on Vancouver’s Granville Strip. She went back to that job when the restrictions were lifted, but says the area felt too unsafe and got a new job at The Dime on Commercial Drive.

“At the (Granville) bars, you just hear that so many of their servers were getting sick, and it just felt like it was passing around really quickly down there,” she said.

“I feel like with the shutdown of clubs and nightlife like that, it just brought out a whole different side of Vancouver.”

Twenty-four-year-old Hodel says tensions ran high downtown — hordes of people packed streets during holidays and serving staff were having to put themselves at risk to control unruly customers. Switching to a smaller workplace out of the downtown core in January significantly changed Hodel’s pandemic experience, and she found solace among co-workers and regulars.

“The only real way that we really got through, especially as servers, was because of the community support. We had regulars who've been coming there for years (who) dug into their own pockets, really, to kind of take care of us,” she said.

“... That is another thing that's really been hurting people who ... work along Granville Street, that (they) don't have that kind of community support around, especially the bars.”

Hodel says her job is secured for whenever indoor dining resumes, but that the stop and start has made her question staying in the industry. And with Hodel and many of her colleagues being last on the province's vaccine rollout plan, that has her nervous.

“There's a lot of instability. I've been wanting to get out of working in bars for a while, but this just adds to it,” she said.

“It really shows you that there isn’t much support for the restaurant industry.”

Since the circuit breaker was announced, some new supports have become available. Operations affected by the restrictions can now apply for the Circuit Breaker Business Relief Grant offered through the province — $1,000 to $10,000 will be available for each business, with the bulk of restaurants set to receive $5,000 until the funding runs out. There has been a municipal response, too. Surrey city council has moved forward on its “Parking to Patios” initiative, which will allow restaurants to apply for patio permits for free while waiving the usual fees, as well as the Small- and Medium-Sized Business Recovery Grant.

Any support is appreciated, but Hodel points out that $5,000 probably won’t make or break a restaurant. That’s one night of sales for many businesses.

It’s not just restaurants in the larger centres struggling with the uncertainty the third wave brings — Jinu James, manager of Mughal Garden Indian Cuisine in Merritt, says the recent closure has meant the elimination of almost all their sales. The local population sits at around 7,000, and James says they seem to prefer dining in.

“It’s too windy, you’re covered in mountains, it’s always a little bit too cold to sit on the patio,” he said. “No one is coming to the pub, the restaurants ... it’s all the same situation.”

Tourism is also a big piece of the puzzle for the restaurant. Merritt, nestled in the Nicola Valley, is the connector to the interior of B.C. and its highways. Now, with the weather warming up, James said the restaurant would usually be full of tourists. He said he’s aware of the grant, but says the owner handles the finances, so he’s not sure how much of an effect it will have on Mughal Garden.

Applications for the grant are now open and regardless of challenges, Mark von Schellwitz, Western Canada vice-president for Restaurants Canada, says the money is welcome relief.

“COVID-19 has presented significant challenges for everyone in the restaurant industry,” said von Schellwitz.

“We appreciate that the B.C. government continues to find ways to help the hospitality sector. This new grant will be of great benefit to many restaurants as they continue to adapt and change in response to the pandemic.”