Approximately 80% of British Columbians now feel it's safe to travel to nearby communities.
Jun 18, 2021 9:43 AM By: Albert Van Santvoort 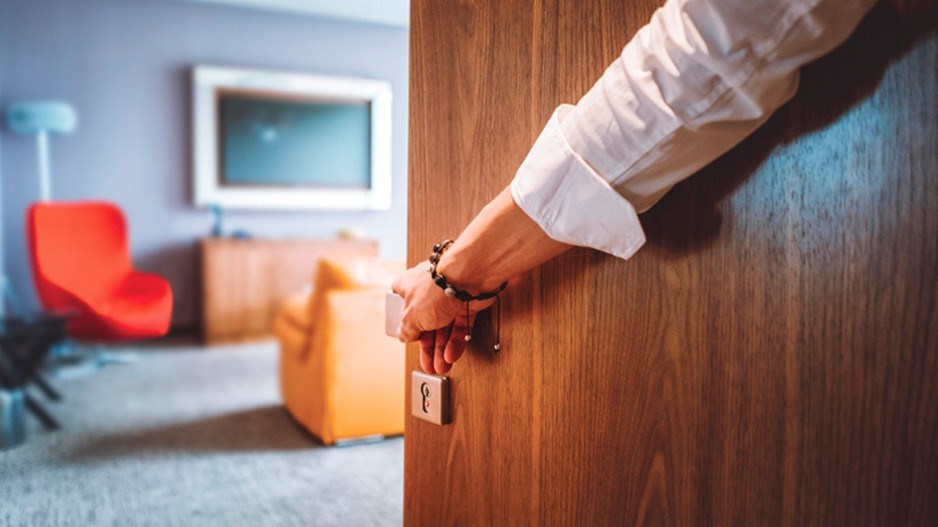 In 2020, international arrivals to B.C. fell 86.7%, the province’s restaurants suffered a 23.2% decline in sales and the average hotel room rate in Greater Vancouver dropped 32.3%.Ziga Plahutar/E+/Getty

B.C.’s hard-hit hospitality and tourism sector continues to struggle even as life begins to return to normal with a majority of the province’s residents having received their first COVID-19 vaccine shot.

In 2020, international arrivals to B.C. fell 86.7%, the province’s restaurants suffered a 23.2% decline in sales and the average hotel room rate in Greater Vancouver dropped 32.3%.

In April 2020, the provincial occupancy rate suffered its greatest year-over-year downturn, nosediving 52.6 points to 16.5%. By July 2020, hotel guests began slowly returning, but not enough to reach 2019 levels. From August to December 2020, occupancy rates plateaued at about 30 points lower than they were during the same time in 2019, based on Destination BC data.

Greater Vancouver recorded the highest occupancy decline in 2020. It plunged 43.8 points to 36.1% from 79.9% in 2019. Greater Victoria was not far behind. Its occupancy rate declined 35.3 points over the year. There does, however, appear to be light at the end of the tunnel for hotels.

This is a welcome change from last May, when the province’s overall 21.6% hotel occupancy rate was one of the lowest recorded during the pandemic. Richmond and Kamloops led the occupancy rate increase in the third week of May, while Vancouver is below the provincial average with a 21% occupancy rate, according to Destination BC.

Hotel room rates also remain significantly below 2019 levels, but continue to inch up at roughly the same pace as occupancy. They grew 2.1% during the third week of May but are still down 35.1% from the same time last year.

And there’s more good news for the industry. Approximately 80% of British Columbians now feel it’s safe to travel to nearby communities. Sixty-four per cent of the province’s residents are planning an overnight stay elsewhere in B.C. within the next two to three months, according to Destination Canada.