TORONTO — MPs grilled executives of Shaw Communications and Rogers Communications Inc. on Monday after the telecom CEOs said a combination of the two companies will increase competition and ultimately benefit Canadians.
Mar 29, 2021 2:01 PM By: The Canadian Press 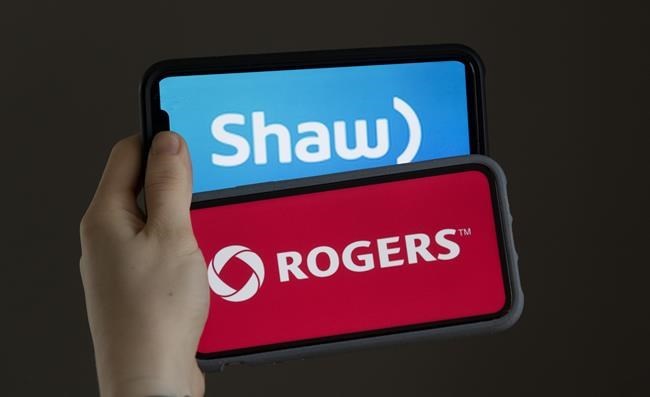 TORONTO — MPs grilled executives of Shaw Communications and Rogers Communications Inc. on Monday after the telecom CEOs said a combination of the two companies will increase competition and ultimately benefit Canadians.

"You promised increasing jobs, new investment, lower prices and to reach markets that you wouldn't before — be it Aboriginal or rural (or) remote. I mean these are promises that would make a robber baron blush," said New Democrat Brian Masse said in one exchange.

"I guess I'm not seeing how ... eliminating a competitor is going to be advantageous for the long run for competition," Masse added.

Liberal MP Nathaniel Erskine-Smith questioned what Shaw's executives said today, given previous statements about the value of having strong, independent regional competitors such as Shaw to compete against Canada's three biggest players.

"In this deal, we lose that competition and disruption (and) we lose a pressure toward affordability," Erskine-Smith remarked to Shaw chief executive Brad Shaw.

"If we take your past statements of January of this year at face value, shouldn't we expect a negative impact on affordability of telecommunication services in this country if this deal goes through?"

Conservative telecom critic Pierre Poilievre said later that Shaw is downplaying the importance of its Freedom Mobile wireless carrier as a fourth competitor in some markets.

In response to a similar question from Bloc MP Sebastien Lemire, McAleese said there isn't a "magic" number of rivals that causes competition.

"It is not simply a matter of how many carriers are in the marketing, but in fact what they're doing," McAleese said.

Both Shaw chief executive Brad Shaw and Rogers CEO Joe Natale argued that their companies should combine their assets and focus spending on a new generation of networks during a race to bring faster wireless and internet to rural as well as urban parts of the country.

Critics of the proposed Rogers takeover of Shaw's cable, internet and wireless businesses argue that Canada needs more competitors in the industry, not fewer.

But Rogers and Shaw say the scale of a larger, combined company is necessary to make the kind of infrastructure investments they need to be competitive.

Brad Shaw told the committee that the Calgary-based company founded by his father isn't big enough on its own to carry the billions of dollars it would need to build a competitive 5G wireless network.

Natale said that Toronto-based Rogers — which owns Canada's largest national wireless service and one of the country's largest cable and internet business — also needs to grow if it plans to remain competitive in telecom services with BCE's Bell Canada and Telus Corp.

The competition between the Big Three is intense and that won't change, Natale said.

"Every week, people are fighting hammer and tong for that next customer," said Natale, particularly with lower-than-expected immigration in Canada through the COVID-19 pandemic. "They haven't had the same number of customers to try to attract.

"So the competitive intensity will not change. In fact, it will only get greater because of the capabilities of both the Shaw, and the Rogers organization."

The proposed deal has faced opposition from consumer groups, academics, customers and others since Rogers and Shaw jointly announced their agreement two weeks ago.

The Rogers and Shaw executive teams appeared at a virtual hearing of the Industry, Science and Technology committee in Ottawa. The committee is scheduled to hear additional testimony from executives from other telecom companies and consumer advocates on Wednesday.

Natale said when announcing the deal on March 15 that he was confident of gaining regulatory and government approval by early 2022.

He also noted the most complex part of the approvals would involve Freedom Mobile, which is a direct competitor to Rogers and its other brands in Ontario, Alberta and British Columbia.

This report by The Canadian Press was first published March 29, 2021.