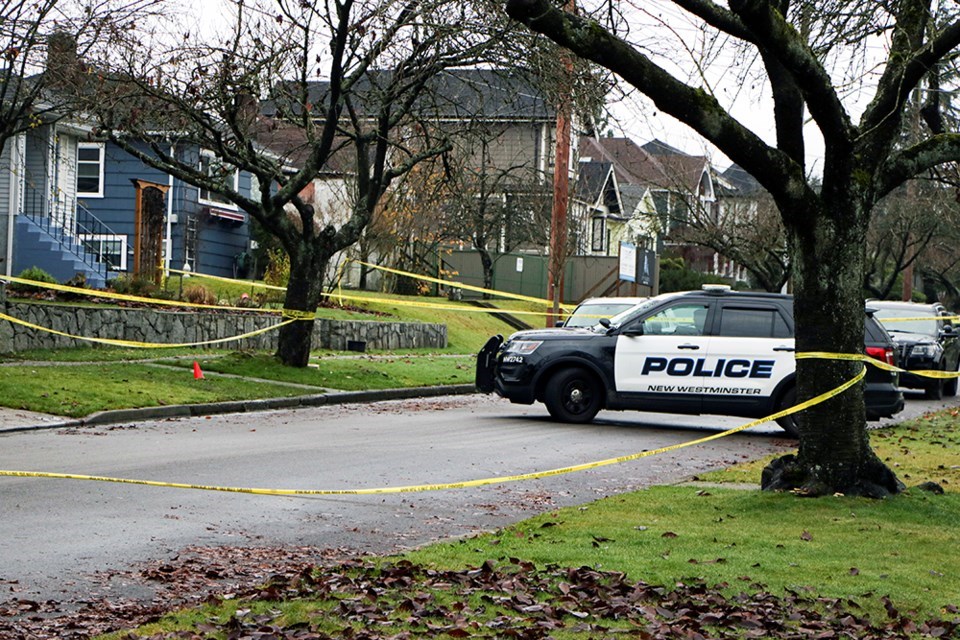 A New Westminster Police Department vehicle sits on the closed-off Osborne Avenue outside a home (not pictured) where a shooting took place in November 2019.File

A man who was arrested after a shooting in the Glenbrooke North neighbourhood in 2019 will be spending a few years in jail.

On the evening of Nov. 17, 2019, New Westminster police received a report of shots fired in the 200 block of Osborne Avenue.  A woman was transported to hospital with injuries.

Although the suspect fled the area before police arrived, the New Westminster Police Department’s major crime and street crime detectives conducted an extensive investigation and identified and located a suspect. With the assistance of the Vancouver Police Department’s emergency response team, police arrested 24-year-old Carlos Monteith and charged him with several offences.

“Mr. Monteith pled guilty during his trial,” said NWPD spokesperson Sgt. Sanjay Kumar in an email to the Record. “It’s our understanding that discussions took place between defence and Crown counsel which led to Mr. Monteith pleading guilty to discharging a firearm with intent and possession of a loaded restricted firearm, which resulted in Crown counsel dropping the charge of attempted murder.”

“Our victim was shot numerous times and still has to deal with the physical effects of the shooting,” Kumar said. “As a result of this incident, she will continue to battle the psychological effects and the memories of what she went through for a very long time.”

At the time of the shooting, police determined shots had been fired in what appeared to be a targeted, isolated incident. It was a scary experience for some residents, who saw police officers in heavy gear brandishing long rifles, about a dozen emergency response vehicles arriving at the scene and police dogs sniffing around the normally quiet residential neighbourhood.

"It was really scary,” one resident told the Record at the time.

“This file really highlights the professionalism and great work NWPD members do,” said Deputy Chief Const. Paul Hyland. “From the life-saving measures performed by the responding patrol officers to the detailed investigation completed by our major crime unit, I’m very pleased with all their efforts.”