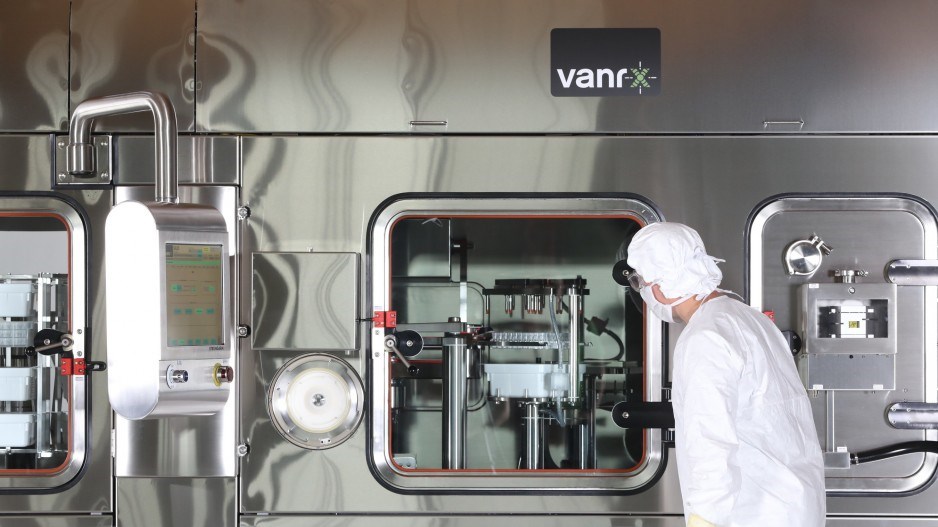 Chris Procyshyn heard a common refrain when he began talking to potential customers about the robotic machines his B.C. company was developing.

“‘It sounds too good to be true,’” recalled the CEO of Vanrx Pharmasystems Inc., who co-founded the Burnaby-based company in 2007.

The machines — capable of safely filling liquid drugs into vials, syringes and cartridges – have since gained enough industry confidence to attract attention from more than a few medical giants.

And this month, Vanrx became the first-ever acquisition completed by Cytiva since Danaher Corp.’s take-over of GE Life Sciences last year in a U.S. $21.4-billion deal.

PwC facilitated the Cytiva-Vanrx deal. Terms of the deal were not disclosed.

Or as Procyshyn puts it: “Open them, fill them, close them and complete them, all without the use of humans directly in the process.”

He likens old-school practices to how Homer from The Simpsons completes his tasks at the nuclear plant.

“That's kind of the status quo for industry, of people from awkward angles and rubber gloves trying to accomplish this,” said Procyshyn, a veteran of Vancouver’s QLT Inc. prior to launching his own company.

“What our machine does is really leverage more strategies that apply in the semiconductor industry, whereby robots are used.”

Customers have been using the machines for everything from animal tranquilizers to gene therapies; from personalized medicines to messenger RNA (mRNA).

Procyshyn would not confirm if the machines have been used in the development of any COVID-19 vaccines that have been in the spotlight recently for their use of mRNA technology.

As part of the acquisition, all 120 of Vanrx’s staff have been offered jobs at Cytiva while the company prepares to move to a new location in Burnaby about four times larger than their current facility.

While there are some international suppliers for the machines’ components, Procyshyn said all the design, assembly and testing takes place in B.C.

“It’s very much a Canadian product, which we’re quite proud of,” he said.

With three-year revenue growth at 19,342%, Deloitte Canada named Vanrx the fastest-growing company in B.C. in its 2018 rankings.

“As we built these machines [and] we started to deploy them, people started to say, ‘Yeah, it's true, it's real,” Procyshyn said.

“Suddenly it goes from, you know, too good to be true to how do I get one?”