Burnaby driver had the crack cocaine, but not his ‘N’ symbol

Not following the rules of the road has led to recent arrests by RCMP
Dec 5, 2020 6:23 AM By: Chris Campbell 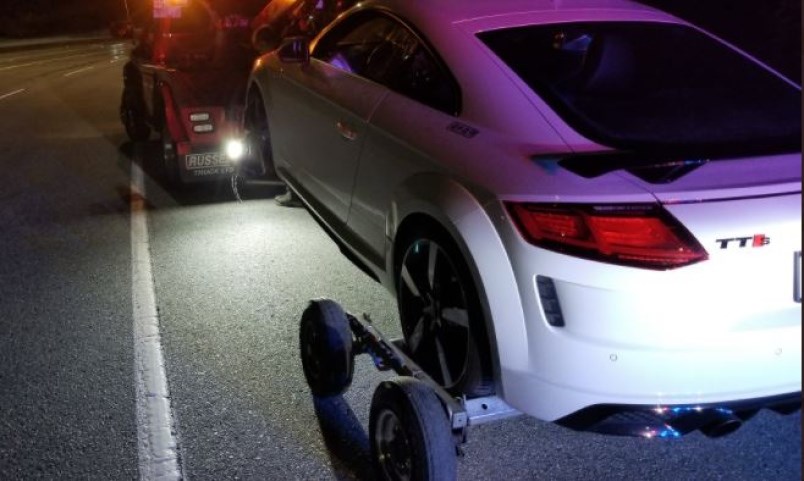 Criminals are helping Burnaby RCMP more now than perhaps ever before.

Recently, some criminals were nailed because they fell asleep in stolen cars and were reported by eagle-eyed citizens.

Now comes two thugs who got caught because they didn’t have the proper documentation.

Burnaby RCMP conducted a traffic stop to a car registered to a class 7 driver with no “N” displayed on the back of the vehicle.

The driver was not the owner of the vehicle, but a quick check showed that he had a history of drug trafficking.

Oh, and drugs were actually “visible” in the vehicle, say police.

The driver was searched, as well as the vehicle and the passenger. Police found crack cocaine, heroin and about $2,000 in cash and now both face possible charges related to drug trafficking.

The lesson is that if you’re going to commit crimes, make sure you follow the rules of the road.

This was also true in November when Burnaby police noticed a stolen vehicle driving through Metrotown because the driver decided to make a dangerous lane change without signalling. The officer pulled the vehicle over and quickly determined it had been reported stolen in Maple Ridge, police said.

The vehicle was towed, and arrangements were made to have it returned to the owner.

Police also seized a bag of suspected cocaine, drug paraphernalia and tools believed to be used for criminal activity, according to police.

The man now faces charges of drug possession and possession of property obtained by crime.

Nobody said criminals were smart.