NEW DELHI — India’s prime minister received his second dose of the COVID-19 vaccine as the country hit another peak Thursday with 126,789 new cases reported in the past 24 hours. “Vaccination is among the few ways we have to defeat the virus.
Apr 8, 2021 4:39 AM By: Canadian Press 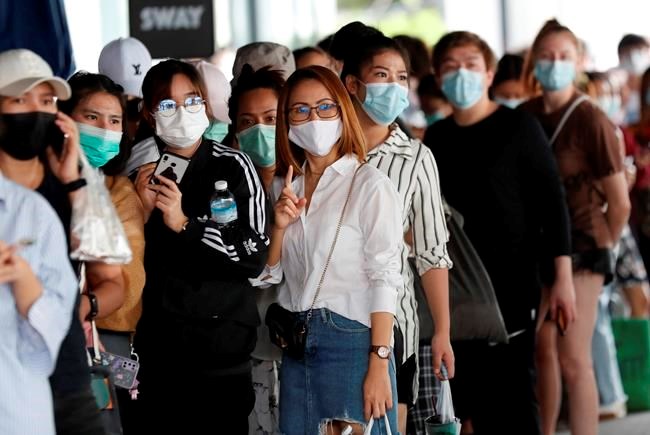 NEW DELHI — India’s prime minister received his second dose of the COVID-19 vaccine as the country hit another peak Thursday with 126,789 new cases reported in the past 24 hours.

“Vaccination is among the few ways we have to defeat the virus. If you are eligible for the vaccine, get your shot soon,” Prime Minister Narendra Modi tweeted. He received his first vaccine shot on March 1.

India started its vaccination drive in January. So far, more than 90 million health workers and Indians older than 45 have received at least one shot. Only 11 million of them have received both doses as India tries to build immunity to protect its nearly 1.4 billion people.

The new cases reported by the Health Ministry overtook Wednesday’s 115,736 infections with dozens of cities and towns imposing night curfews to try to contain infections.

The western state of Maharashtra, the worst hit in the country, accounted for nearly 47% of new infections.

The federal government has refused to impose a second nationwide lockdown, after the first last year had a steep economic impact, but it has asked states to decide on imposing local restrictions to contain the spread of the virus.

India now has a seven-day rolling average of more than 80,000 cases per day and has reported 12.9 million virus cases since the pandemic began, the third-highest total after the United States and Brazil.

In other developments in the Asia-Pacific region:

— Australia has become the latest country to restrict use of the AstraZeneca vaccine by recommending that it not be given to people under age 50. The announcement came after drug regulators held a series of urgent meetings Thursday. That followed advice from the European Medicines Agency that it had found a possible link between the shot and rare blood clots. The Australian Technical Advisory Group said that only when the benefit clearly outweighs the risk should an initial AstraZeneca shot be given to someone under 50. Healthcare workers under 50 who were due to receive the AstraZeneca vaccine will now be prioritized for the Pfizer vaccine, which will likely delay the inoculation process. Indeed, under Australia’s vaccine strategy, most people were due to receive the AstraZeneca vaccine.

— Philippine health officials are temporarily suspending the use of the AstraZeneca vaccine for people below age 60. The Department of Health and the Food and Drug Administration said experts are reviewing information about AstraZeneca’s side effects to prepare a recommendation on the vaccine’s use. AstraZeneca and a vaccine developed by China-based Sinovac Biotech are the only COVID-19 vaccines received so far by the Philippines and are being used in an immunization campaign that has been saddled with delays. “I want to emphasize that this temporary suspension does not mean that the vaccine is unsafe or ineffective — it just means that we are taking precautionary measures to ensure the safety of every Filipino,” FDA Director General Eric Domingo said. “We continue to underscore that the benefits of vaccination continue to outweigh the risks and we urge everyone to get vaccinated when it’s their turn.”

— Cambodia is closing the Angkor temple complex to visitors because of a growing outbreak. Cambodia has confirmed 3,028 cases since the pandemic began, but hundreds have been infected in the outbreak that began in February. On Thursday, the Health Ministry said 113 cases were reported from local transmission, with two deaths. The ministry traced the outbreak to a foreign resident who broke hotel quarantine to visit a nightclub. The government closed schools and entertainment venues in response, but as the outbreak grows, a defunct hotel has been converted into a coronavirus hospital and criminal punishments are being imposed for violating health rules. The temples at Angkor are Cambodia’s biggest tourist attraction, though the pandemic has reduced the number of visitors dramatically. The Apsara Authority that oversees the site says the ban on visitors will last until April 20.

— South Korea reported another 700 new cases as the coronavirus spreads at a rate near what was seen during the worst of its outbreak in winter. Around 500 of the new cases came from the densely populated Seoul metropolitan area, which has been the of the country’s outbreak. Health authorities are expected to announce stronger social distancing steps on Friday. They say they will decide over the weekend whether to resume administrating AstraZeneca’s coronavirus vaccines to people 60 and younger. The injections were paused while regulators in Europe reviewed a possible link with rare blood clots. South Korea’s immunization campaign has mainly relied on AstraZeneca shots produced by local firm SK Bioscience.

— Another 11 people have been diagnosed with COVID-19 in China’s only active outbreak. Cases in the Yunnan province city of Ruili have topped 100, including those not showing symptoms, but a vaccination campaign and stay-home orders appear to have curbed large-scale transmission. Ruili also reported one new case of a person testing positive for COVID-19 without displaying symptoms, the National Health Commission reported Thursday. The city’s Communist Party secretary, its top official, has been dismissed from his post and handed administrative punishment for his “serious dereliction of duty in epidemic prevention and control,” according to the party’s provincial disciplinary watchdog. Thursday also marks the anniversary of the end of a 76-day lockdown in Wuhan, where the virus was first detected, that saw more than 11 million people confined to their homes in a Herculean effort to contain the virus’ spread after initial missteps that China has yet to acknowledge.

— New Zealand is temporarily halting travel from India as more arrivals from that country test positive for the coronavirus. New Zealand Prime Minister Jacinda Ardern said the suspension takes effect on Sunday and will remain in place until April 28. She said it’s the first time New Zealand has suspended travel for its own citizens attempting to return home, and she emphasized the measure was temporary. The announcement comes after a security guard at a New Zealand quarantine hotel tested positive for the virus. There is no evidence the outbreak has spread any further. New Zealand has managed to stamp out the spread of the virus, so whenever somebody who is not in quarantine tests positive it represents a significant concern.

— About 50 people of various nationalities have boarded a chartered flight from Macao to Malaysia after many were stranded for months by the pandemic and border restrictions. The flight to Kuala Lumpur was organized by Malaysia’s consulate in Hong Kong and Macao to repatriate its citizens from the territory. There are currently no direct commercial flights between Macao and Malaysia due to travel restrictions. Many of the people on the chartered flight had been stranded in Macao since the pandemic began. The passengers included about 30 Malaysians, three Singaporeans and nine South Koreans.

AstraZeneca advice from national panel delayed by new data on COVID-19 and variants
Apr 21, 2021 9:56 AM

Ontario's Superior Court of Justice to defer cases due to pandemic
Apr 21, 2021 9:56 AM
Comments