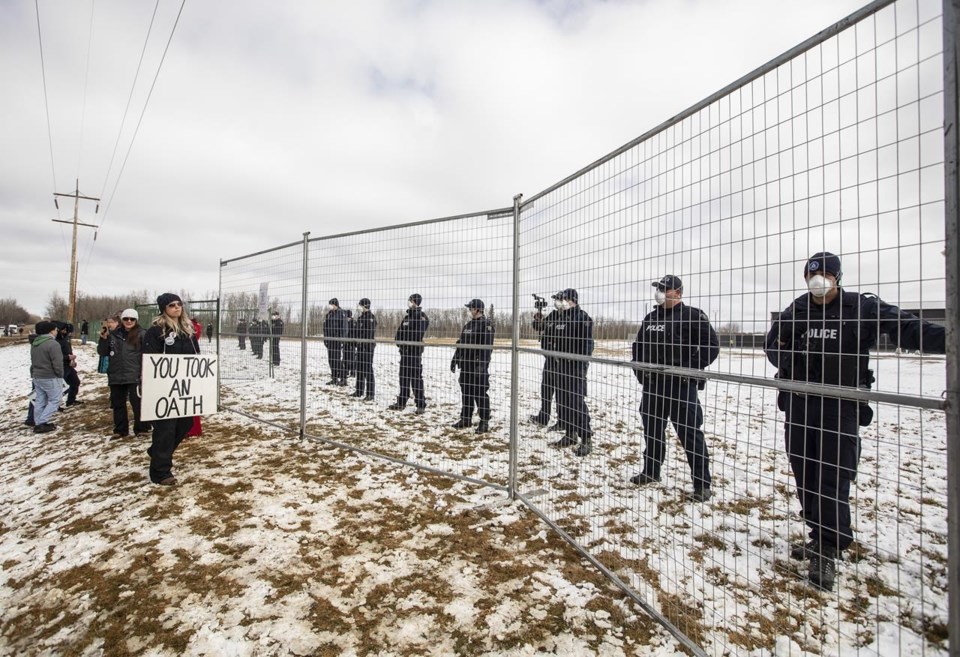 SPRUCE GROVE, Alta. — RCMP say they've arrested a person suspected of tampering with a fence that surrounds an Alberta church closed by authorities amid allegations it refused to follow COVID-19 health orders.

A section of the perimeter fence was pulled down during a demonstration outside GraceLife Church in Parkland County, east of Edmonton, on April 11.

RCMP immediately intervened and put the fence back up.

Police say in a news release that around 10 a.m. Sunday morning, officers located a person outside the church who they allege was one of the people involved with mischief and obstruction to the fence last week.

The person was arrested without incident and is accused of mischief under $5000 and obstruction.

Police say the person was released with conditions that include staying away from the church's property, and will appear in Stony Plain provincial court on June 30.

Alberta Health Services has said it will remove the fences when the church shows it will comply with public health measures meant to contain the spread of the novel coronavirus.

The church and its pastor, James Coates, are charged under the Public Health Act for holding services that break health restrictions related to capacity, physical distancing and masking.

The church has said in a statement that members of its congregation were not at last week's demonstration, and that it has no control of the building or its grounds.

Police say they're still working to identify other people who they allege were involved in criminal activities outside GraceLife Church on April 11.

This report by The Canadian Press was first published April 18, 2021.