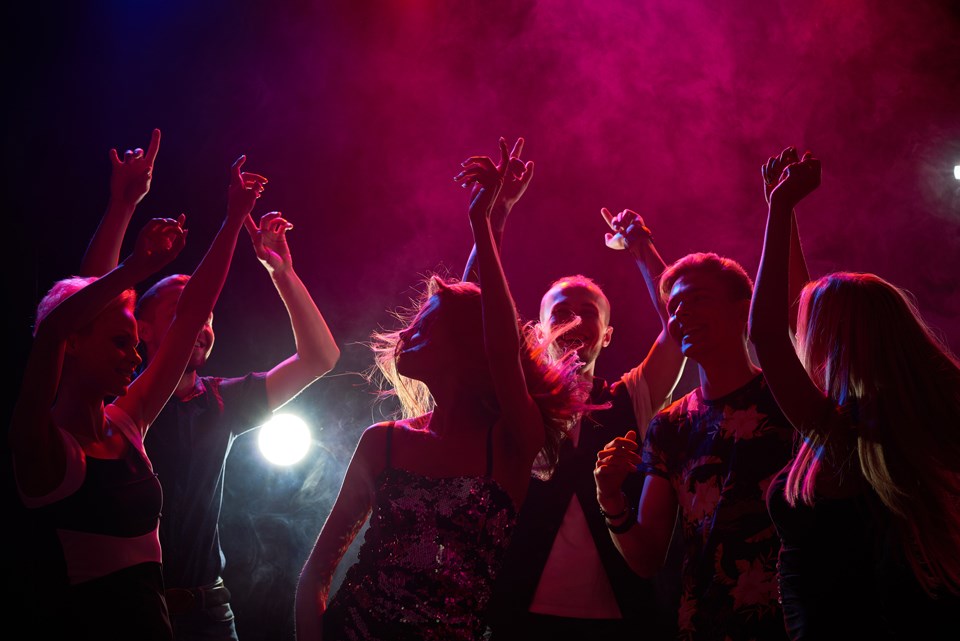 Organizers of a 40-person rave and 58-person apartment party have been fined for violating B.C.'s COVID-19 restrictions. Photo by Getty Images

Police in Burnaby responded to 46 COVID-19 complaints last month and ticketed five individuals – including the organizer of a 40-person rave and the host of a 58-person apartment party.

In a monthly update on its COVID-19 enforcement work, Burnaby RCMP highlighted five incidents in November that ended in fines for people flouting public health orders.

On Nov. 1, officers responded to a complaint of a rave.

About 40 people were there, according to police, and the small area did not allow for physical distancing, attendees were not wearing masks and they were consuming alcohol.

A ticket was issued to the organizer.

Two weeks later, on Nov. 15, police and bylaw officers issued tickets at two large parties, one with 30 people in a four-person apartment and the other with 58 partiers at an apartment.

On Nov. 21, a noise complaint at 2 a.m. led officers to another apartment where partiers were allegedly breaking public health orders.

Burnaby RCMP said the officers were “met with aggression,” and one of the apartment’s residents was issued a ticket.

A day later, on Nov. 22 at about 2:30 a.m., police broke up a house party that was allegedly breaking public health orders.

Police said the resident who got the ticket had been fined the month before for the same offence.

Besides responding to complaints, Burnaby RCMP said officers with its COVID compliance enforcement team and City of Burnaby bylaw officers are also conducting regular patrols at restaurants, lounges and other businesses.

Snowboarder breaks quarantine in attempt to shred at Whistler
Dec 4, 2020 7:41 AM