The NFL is exploring changes to the annual NFL scouting combine to improve the professional and medical experience for draft prospects, a person familiar with those discussions told The Associated Press on Wednesday.
Apr 21, 2021 7:14 PM By: The Canadian Press 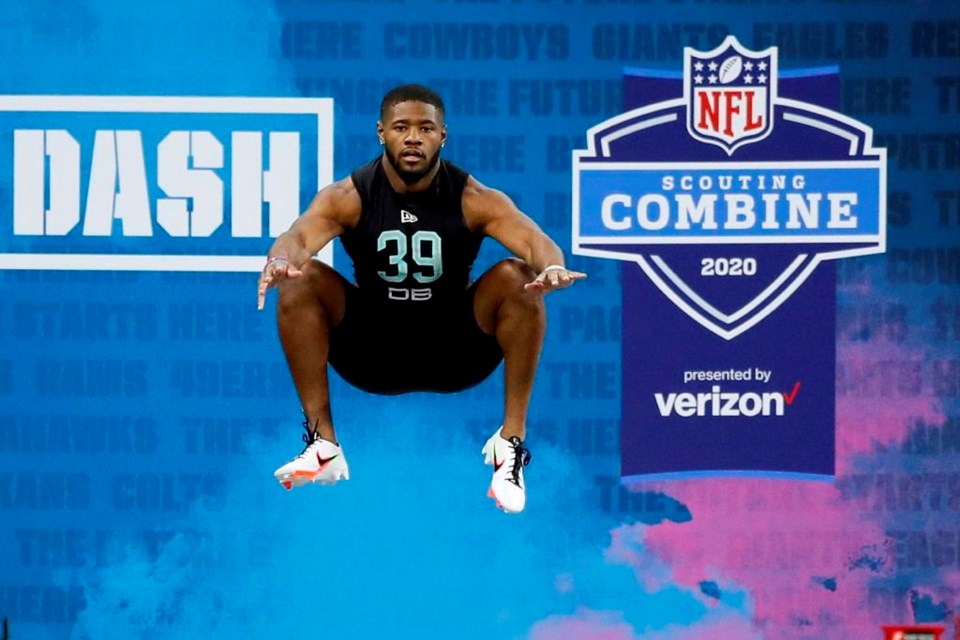 The NFL is exploring changes to the annual NFL scouting combine to improve the professional and medical experience for draft prospects, a person familiar with those discussions told The Associated Press on Wednesday.

The combine in Indianapolis was this year because of the coronavirus pandemic, so prospects displayed their talents for scouts, coaches and general managers at their college pro days instead.

Teams interviewed players virtually and most medical and psychological testing was done by video. About 150 draft prospects did in-person medical evaluations in Indianapolis earlier this month.

The league is seeking input from players who attended the combine previously and rookies who went through this year’s version. Teams and their medical staffs also will provide their assessment.

The person, who spoke to the AP on condition of anonymity because the conversations are ongoing, said the league is evaluating all aspects of the combine, including the player experience. Calling players by their name instead of a number, limiting the number of medical personnel who examine guys and ensuring prospects aren’t asked humiliating questions are a point of emphasis.

In 2010, then-Miami Dolphins general manager Jeff Ireland apologized to Dallas Cowboys first-round draft pick Dez Bryant for asking during a pre-draft visit whether his mother was a prostitute.

In 2016, then-Atlanta Falcons coach Dan Quinn apologized to Eli Apple because one of his coaches asked the cornerback his sexual preference.

In 2018, former LSU running back Derrius Guice said one team at the combine asked about his sexuality and another inquired if his mother was a prostitute.

“I can remember sitting in a dark room with a huge spotlight,” Watson told the AP. “There’s a seat there like you’re being interrogated for a crime and all the front office staff is in the back in the shadows and you can’t see them. The guy grabbed my wrist and he’s like: ‘I can feel your pulse, so I know if you’re lying to me. Have you ever smoked marijuana?’ I said: ‘No.’ I really hadn’t. I’ve never smoked. He said: ‘I think you’re lying. I can feel your pulse. Are you lying to us?’ I said: ‘No, I’m not.’

"So for a minute, I thought I actually did smoke marijuana and maybe I need to confess to a crime that I didn’t commit. But these sorts of tactics that are happening at the combine and that are not being monitored definitely need to be done away with.”

New Eagles coach Nick Sirianni had a playful way to test the competitiveness of draft prospects. He played rock, paper, scissors virtually with a couple guys and one of his assistant coaches played Jeopardy with them.

“When you compete with somebody that’s competitive, they’re going to go at you no matter what game you’re playing,” Sirianni said.

“At the combine, you’re limited to how many times you can talk to them, how long you can talk to them for,” he said. “We were able to get meaningful conversations not under a time limit. It was just great work by the scouts and by the assistant coaches to get that work done on the players and really get to know the players. In a lot of aspects, I think we got way more out of those meetings than we do out of Indy.”

Count Miami Dolphins quarterback Jacoby Brissett among those who prefer pro days over the combine.

“I’m not a fan of the combine,” he said. “I think it’s very unnecessary. You’re going to do the same thing on pro day.”

Samuel Adams-maker to launch cannabis beverages subsidiary in Canada
May 17, 2021 11:01 AM