CALGARY — Two First Nations are taking the Alberta government and its gaming commission to court over the province's entry into the online gambling sector.
Apr 7, 2021 3:56 PM By: The Canadian Press 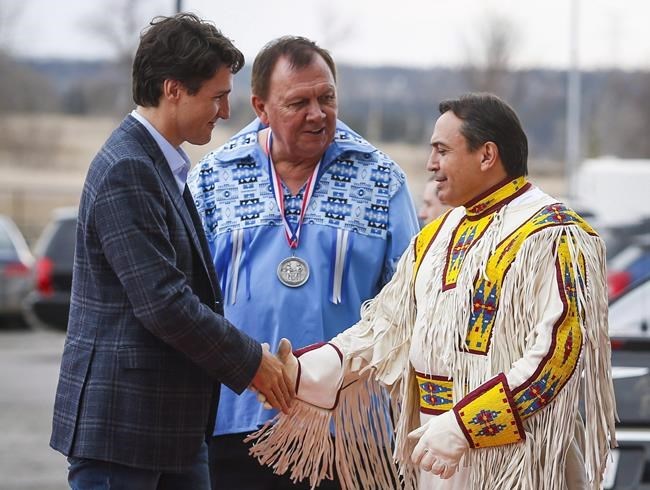 CALGARY — Two First Nations are taking the Alberta government and its gaming commission to court over the province's entry into the online gambling sector.

The province has said it expects the site to raise more than $3.7 million in 2021.

The Tsuut'ina and Stoney Nakoda First Nations in southern Alberta want the courts to shut down the site and have filed an application for a judicial review. They argue Alberta's move is an "unauthorized and impermissible" entry into the casino and gaming market.

"As our casinos remain closed during this pandemic, the provincial government through (the Alberta Gaming, Liquor and Cannabis Commission) has entered the gaming business," said Tsuut'ina Chief Roy Whitney at a news conference Wednesday.

"By entering online gaming, this government is taking away charity dollars, dollars that charities rely upon. For us, these charity dollars are used to support our health, education, housing and social programs."

Tsuut'ina operates the Grey Eagle casino on its land just southwest of Calgary. The Stoney First Nation has the Stoney Nakoda Resort and Casino in Kananaskis Country, a recreational area west of the city.

"Stoney and Tsuut'ina charities will ... not be able meet the needs of our people by losing money to the province," said Chief Clifford Poucette of Stoney Nakoda's Wesley band.

"Seventy-seven per cent of revenue generated for charities in First Nation casinos is spent on housing, infrastructure, education, and health.

"It is unfortunate that the province has put us in this position of having to take this action before the courts. However, this government has simply refused to enter meaningful discussions."

The application argues that the gaming commission has overstepped its jurisdiction by becoming a vendor of casino and gaming products and, as a regulator, is in a direct conflict of interest.

A spokeswoman for the commission said it isn't aware of the nature of the court application and couldn't comment.

But Heather Holmen said the commission recognizes the significant financial impact COVID-19 has had on businesses, charities and individuals.

"Like most jurisdictions in Canada, Alberta has recently started offering online gaming. As in all Canadian jurisdictions, online gaming is conducted and managed by the provincial authorities in accordance with the Criminal Code of Canada," she said in an email.

Brent Dodginghorse, a Tsuut'ina Nation councillor and chief executive officer of Tsuut'ina Gaming, said a moratorium on the creation and granting of new casinos in Alberta has been in place since 2008.

"During COVID, the province has closed casinos for a prolonged period of time, which also ensures that they are the only option available to those who want to play casino games," Dodginghorse said.

"We have taken the business risk of building and operating a casino and agreed to share revenue with the province. It is bad faith for the province to do anything with online revenue other than allocate it proportionately to existing casinos."

This report by The Canadian Press was first published April 7, 2021.